First time ever in Portland - Chor Sounding with Marisa Michelson

Participants: Due to the nature of this work the number of people will be limited to 8-10
I learned of Marisa's work via a Podcast called Sex Birth Trauma with Kimberly Ann Johnson (link below). I signed up for Marisa's "Voice and the Nervous System" immediately after I listened. I connected with the work she does on so many levels, and obviously I connected with her as a person as well so I couldn't help but blurt out that I love to host teachers here in Portland.

I actually did her "Voice and the Nervous System" workshop a second time, I just loved it so much! Really, REALLY looking forward to having her in person for this workshop.

Liberating your raw expressive power through voice and movement
Core Sounding™ is a model and practice for connecting to Self and Other through improvisation via voice and movement.  Embedded in our bodies/minds/spirits are wild truths. We honor our bodies and nervous systems as locations of wisdom, intuition and healing. We explore what is blocked and what needs unleashing, and we practice channeling Truth through sound and movement.
​
We always begin with connecting to Self and move outward from there to listen in to what's alive in the Whole Space of the other individual bodies, the group body, the location, the time, the fullness of Now.  We invite what is raw and unformed inside of us to express, and from there we practice shaping and forming and chiseling using our musical minds.

first Body
then Gesture
then Form 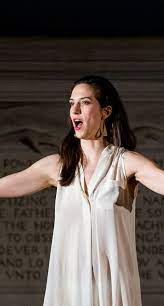 I’m known for my grounded, deep-listening approach to helping people of any level sing, speak, and move through the world with more skill, more truth, and more joy.

My perspective is grounded in the Libero Canto© Approach.  I have studied singing and singing pedagogy on this path for over fifteen years (under Deborah Carmichael) in Vienna and New York City.  The Libero Canto Approach was first developed by Lajos Szamosi in Budapest before World War II.  This holistic, process-oriented approach rooted in the Western Classical Tradition is my primary pedagogical lineage.

I’m the founding director of the embodied vocal-performance ensemble, Constellation Chor.  We seek wild embodiment through voice and body.

I am also an accomplished and award-winning composer working at the nexus of theatre, experimental music, opera, new music, and improvisation.
​
In addition to working privately with professional and avocational singers,  I’ve worked as a vocal coach for a number of musicals (Octet at Signature Theater; Moby Dick at American Repertory Theatre).   I’ve taught workshops at the American Theater Wing, The Performing Arts Project (TPAP), Prospect Theater Company, Signature Theatre, Millikin University,  the University of Puget Sound, and at the Goetheanum in Switzerland.

What else? I was trained classically as a pianist.  I got my B.F.A from NYU (Tisch) in Musical Theatre.  I’m a former yoga instructor. I studied  Hindustani singing in India. I’ve deep-dived into Anthroposophy.  I’m currently studying Tibetan Buddhism.  I consistently practice Circling, Tantra, and Tibetan Buddhist meditation.   My ancestors are Jewish, Irish, and Scottish. Being in intimate relationship with singing is my life’s passion, encompassing all.  I believe process is product, that we are  vessels for beauty and spirit, and that all black lives matter.
​ 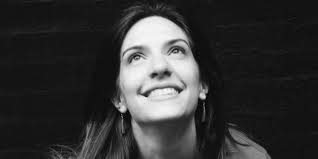 ​I work with people who want to liberate themselves for the sake of all and know singing is a Way.
​
Whether you are professional or avocational singer on or off-Broadway craving more freedom, artistry, and mastery, a business leader or coach who wants to speak without getting hoarse or uncomfortable, an actor who feels disembodied when it comes to your voice, or any human who want to grow personally or professionally, I will support you via a trauma-informed process that is individualized, joyful and radically present.

Find out more about Marisa and Chor Sounding here
Link to a performance "Fever of Love" from Song of Songs
AGAIN - DETAILS:

Participants: Due to the nature of this work the number of people will be limited to 8-10 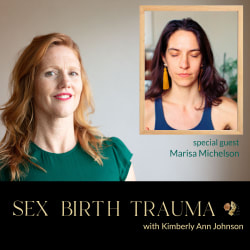